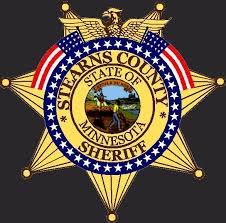 Stearns County Sheriff deputies responded to the 34000 block of Smiley Drive in Avon Township on Saturday, March 21st, around 3:56 p.m. for a shed fire.

The homeowner, Brian Gertken, 47, of Avon, reported hearing a boom and then seeing his outdoor wood boiler and a 30’x60’ shed on fire. Mr. Gertken also reported there was a barn nearby with cattle in it.

Upon firefighters’ arrival, the shed was fully engulfed. Mr. Gertken’s house was near the shed and sustained damage to the siding. The barn sustained heat damage was smoldering, but never started on fire. Mr. Gertken was able to get all four cattle out of the barn.

The shed’s contents included two vehicles and two 4-wheelers, which were considered a total loss.

No one was injured and the fire remains under investigation.

To submit a tip to the Stearn’s County Sheriff’s Department:

Lac qui Parle Sheriff’s Calls for the Past Week