On 6-8-20 at about 4:51 pm, Willmar Police were dispatched to the 400 block of 25th St. SE for a report of a stabbing. Police arrived and located two individuals, Christian Baron 21 of Willmar and the victim, a 30 year old male from Willmar. Baron and the victim are known to each other. Police quickly learned that victim had been stabbed by Baron. Baron initially tried to leave when law enforcement arrived, but was taken into custody without incident a short time later. The victim was treated for non-life threatening stab wounds and transported to Rice Memorial Hospital. Barron is currently being held at the Kandiyohi County Jail for 2nd degree assault, domestic assault, 5th degree assault and obstruction of legal process. 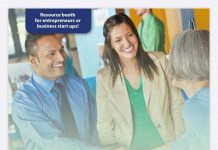