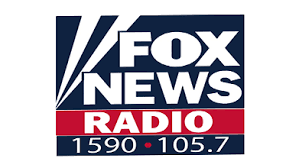 Dave Hughes, a Republican candidate for Minnesota Congressional District 7 who is challenging Michelle Fischbach in the August primary, has called for all of Fischbach’s endorsements to be rescinded – including those from the Republican Party, the CD7 Executive Committee, every federal and state legislator and President Trump.

This after her former campaign manager, Sam Winter, pleaded guilty to harassing Hughes, his wife and 7 children, and the Hughes campaign. Hughes said he has 20 pages of phone records that prove Winter called his cell phone 459 times. A restraining order against Winter is in place for two years.

“If you have to cheat to win, you don’t deserve any backing from our principled Republican Party,” Hughes said in a statement. “I take no delight in the downfall of the Fischbach campaign, but this criminal organization must not be rewarded for its offenses.”