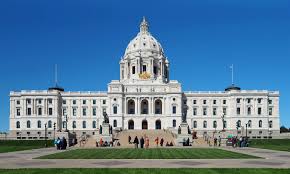 One local Republican lawmaker was comfortable with the police reforms passed last week by the Minnesota legislature.

District 16 State Senator Gary Dahms, of Redwood Falls, says they didn’t get carried away in the moment.

“We made some changes that could have quite a bit of impact,” said Dahms. And so, let’s see how those changes, how that works, and then see what tweaking we need to do.”

Dahms says the legislation doesn’t get so radical that it defunds police departments. The bill would, in part, ban chokeholds in all but extreme circumstances, outlaw warrior training that encourages aggressive conduct and require an officer to intervene when another officer is using excessive force.

Passed 102-29 by the House late Monday night, the Senate passed it 60-7 about two hours later.